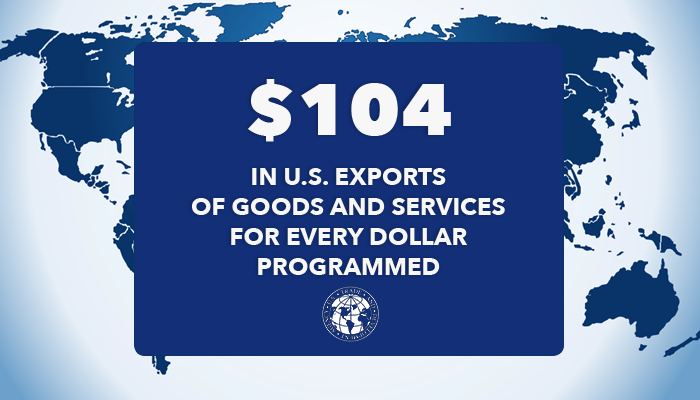 Arlington, VA – Today, the U.S. Trade and Development Agency announced its largest return on investment since the Agency was created by the Jobs Through Exports Act of 1992.  USTDA identified $4.9 billion in U.S. exports to emerging markets this past year.  As a result, during the most recent 10-year evaluation period, USTDA identified over $104 in exports that directly supports U.S. jobs for every $1 invested by the Agency in its activities, far surpassing all previous results.

“USTDA’s unprecedented results demonstrate the effectiveness of the Agency’s programming and how these results are advancing the Administration’s priorities to create U.S. jobs,” said Thomas R. Hardy, Acting Director of USTDA. “We will continue to identify the areas where USTDA’s funding will be most effective to demonstrate U.S. expertise and support project preparation for infrastructure projects overseas.”

As the U.S. government’s project preparation agency, USTDA supports a diverse portfolio across the energy, telecommunications and transportation sectors.  The Agency continues to commit resources toward the U.S. Gas Infrastructure Exports Initiative, the Global Freight Rail Initiative, and Power Africa. Many of these projects include cutting-edge solutions supplied by small U.S. businesses. Through USTDA’s programs, American businesses gain market access overseas while foreign buyers are introduced to quality U.S. solutions that can advance their infrastructure development goals.