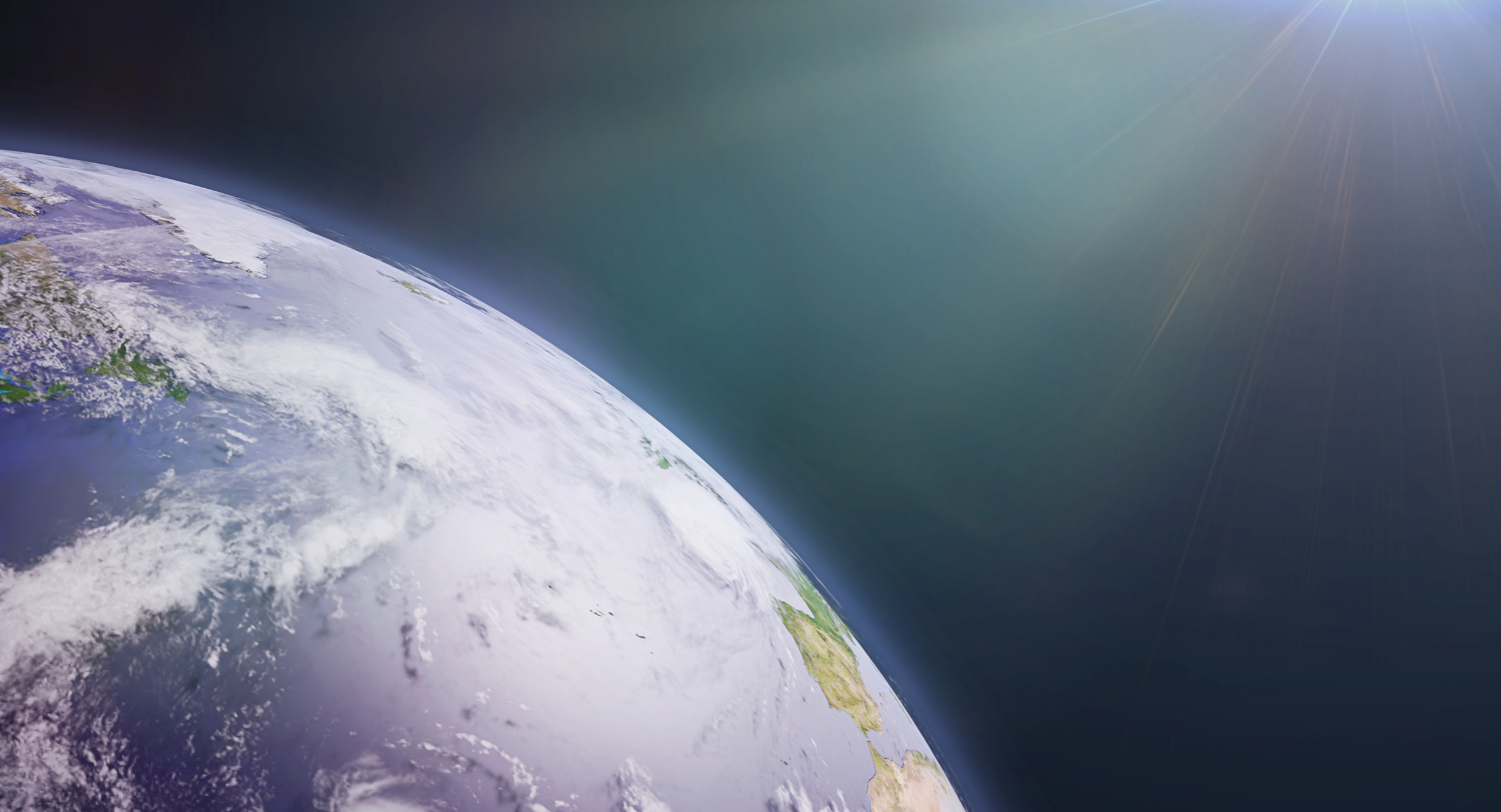 Get the latest USTDA news and alerts

In 2021 every $1 USTDA invested in its programs generated a record $117 in U.S. exports. USTDA has facilitated more than $76 billion in U.S. exports since its founding in 1992, supporting 4,000 infrastructure activities in 139 countries.
More About Us
Featured News 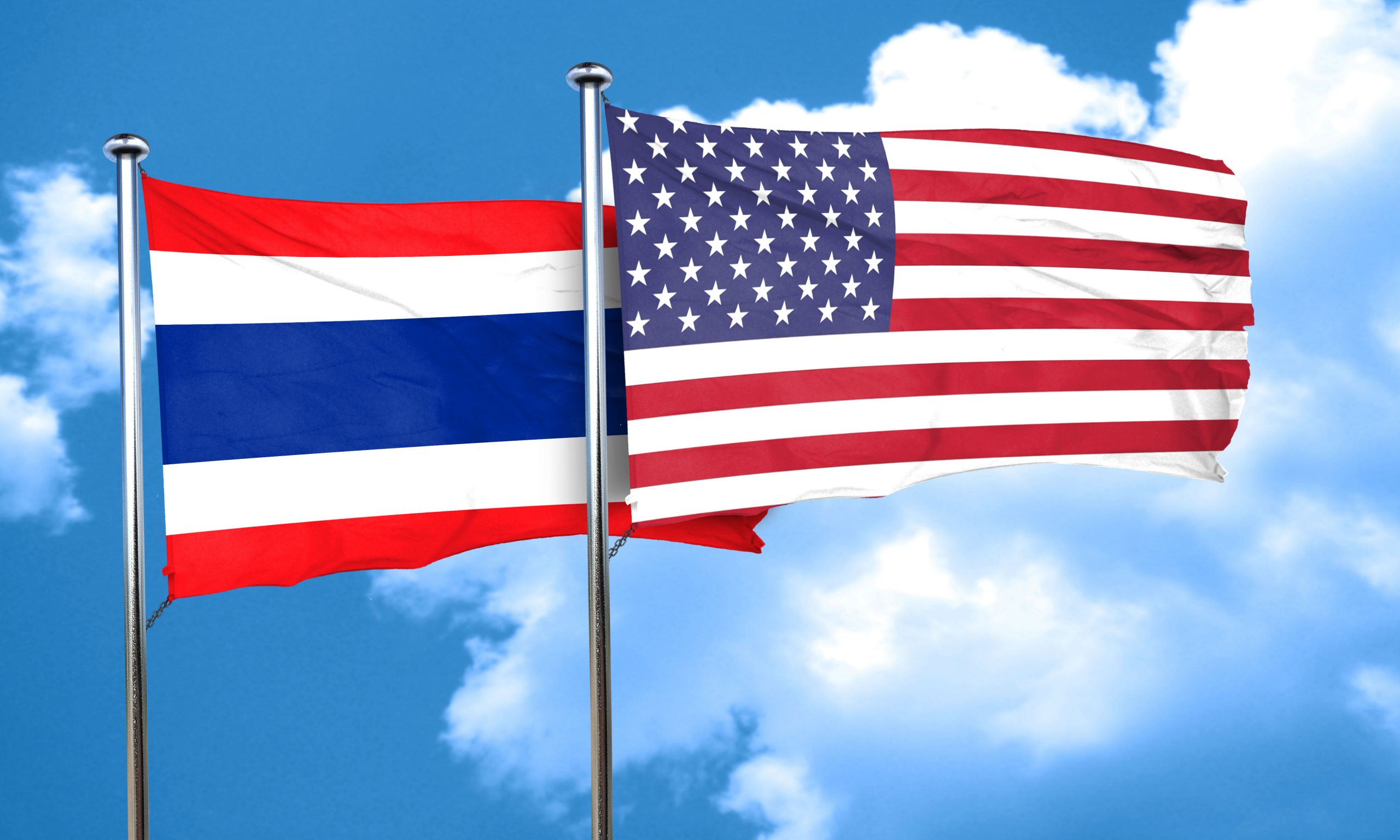 USTDA’s study will help VAO develop a facility to process plastic waste using a high-temperature process called pyrolysis. The resulting value-added product, pyrolysis oil, is an alternative to traditional fossil fuels that can be used for industrial purposes. The facility will help reduce emissions by diverting plastic waste from existing waste management methods, such as incineration, and have great applicability to Southeast Asia’s plastic recycling needs.

This project will also advance Thailand’s Bio-Circular-Green economic model for inclusive and sustainable growth. The model focuses on employing technology and innovation to transform the country to a value-based and innovation-driven economy in the bioenergy, biomaterial and biochemical sector, as well as agriculture and food; medical and wellness; and tourism and creative sectors.

“Plastic pollution, in particular ocean plastic waste, does not respect political boundaries and addressing it requires international cooperation,” said Gwen Cardno, Chargé d’Affaires at the U.S. Embassy in Bangkok. “Through USTDA, the U.S. government is proud to work together with Thailand on innovative solutions in keeping plastic waste out of our oceans and to support Thailand’s Bio-Circular-Green economic model.”

Managing Director and Founder of VAO, Ashwin Chugani, added: “VAO is working with USTDA to deliver a cutting-edge solution to reduce plastic pollution at scale. The USTDA teams in Bangkok and Washington have already been hugely helpful in the development of our platform, and their ongoing support will help us to recycle large volumes of plastic in Thailand and across Southeast Asia.”

U.S. businesses interested in submitting proposals for this feasibility study should visit www.ustda.gov/work/bid-on-an-overseas-project. 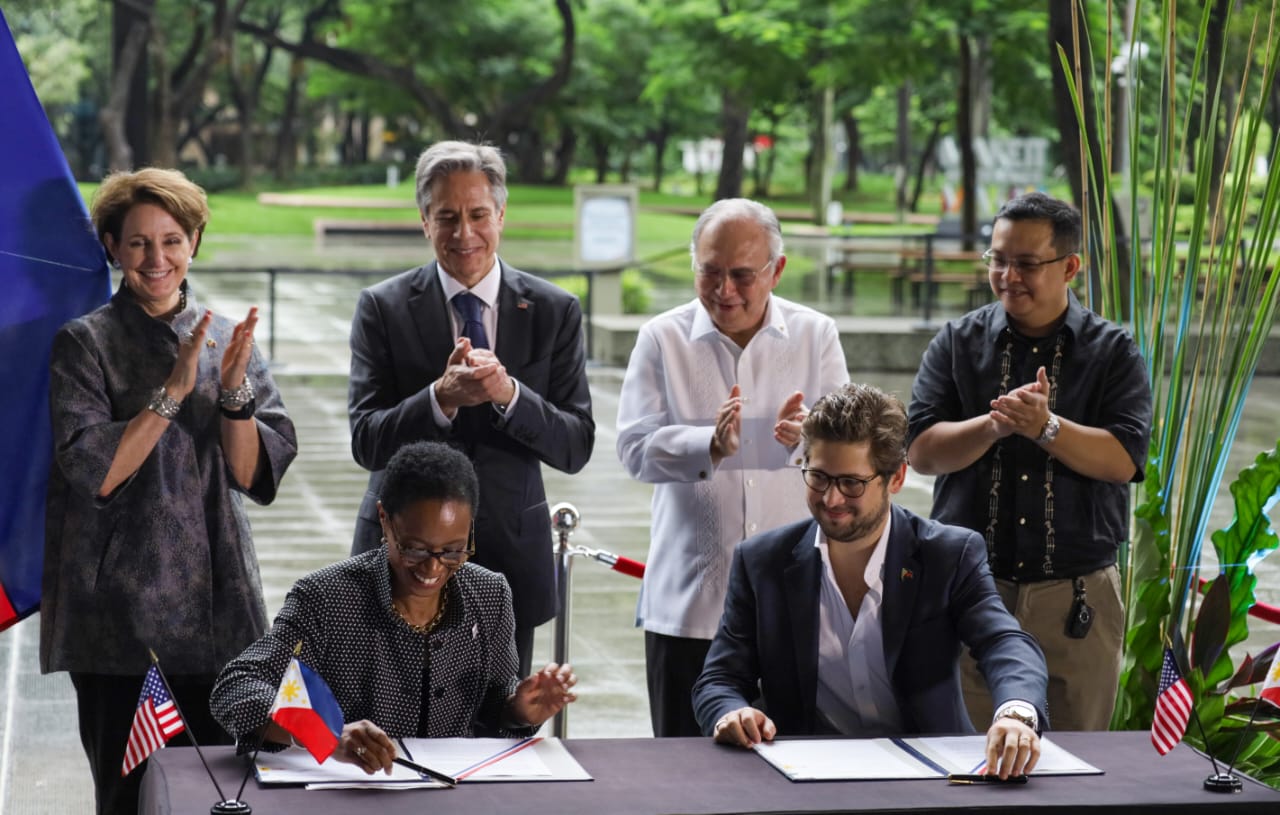 “USTDA is committed to delivering game-changing projects to close the infrastructure gap and support the clean energy transition in the Philippines,” said Director Ebong. “Our assistance will be critical toward defining the wind projects’ technical and design options, as well as structuring deals for international financial institutions. Our goal is to work with U.S. industry to facilitate the delivery of clean energy to millions of Filipinos.”

USTDA’s study will help Aboitiz identify potential project sites and provide technical and economic analysis to deploy up to 3GW of offshore wind turbine generation projects that could power more than two million homes in the Philippines and meet growing energy demand.

“The United States stands committed to working with the Philippines to achieve a clean energy future together,” said Secretary Blinken. “The signing of the USTDA grant on offshore wind is an important step in that direction.”

AboitizPower President and Chief Executive Officer, Emmanuel V. Rubio, added: “It is our goal to contribute to our country’s energy transition journey by exploring more zero-emissions indigenous energy sources. This offshore wind feasibility study is a step in the right direction as we further diversify our extensive renewable energy portfolio to achieve our goal.” 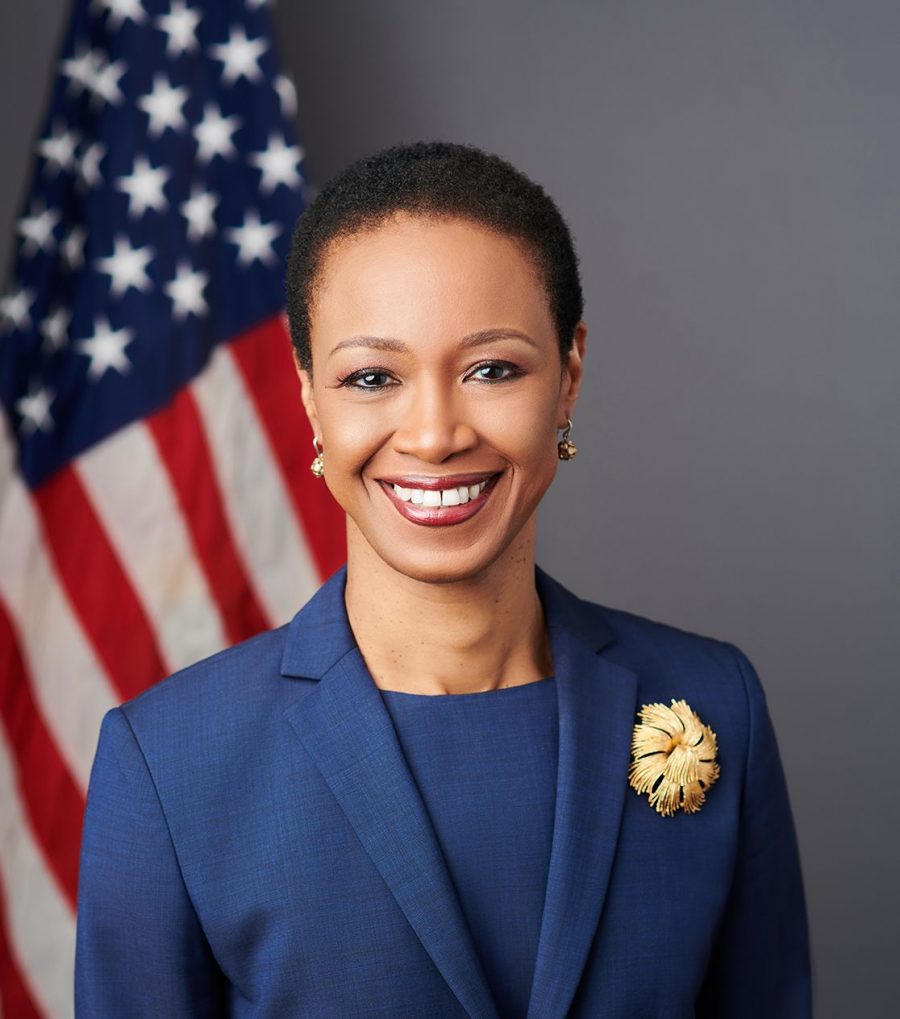 Arlington, VA– Today, the U.S. Trade and Development Agency announced that Director Enoh T. Ebong will join U.S. Secretary of State Antony J. Blinken’s travel to the Philippines and South Africa later this week. During the trip, Director Ebong will highlight USTDA’s work to advance the Philippines’ clean energy transition. In South Africa, Director Ebong will participate in the U.S.-South Africa Strategic Dialogue, where she will discuss the U.S. government’s support for sustainable infrastructure development, and highlight how the Agency will advance the goals of the U.S. Strategy for Sub-Saharan Africa, which Secretary Blinken will launch.

“USTDA works alongside U.S. industry and in close partnership with the public and private sectors in the Philippines and South Africa to advance the development of high-quality infrastructure projects that each country has established as its priorities,” said Enoh T. Ebong, USTDA’s Director. “Our model of assistance focuses on access and inclusivity and is based on the core principles of mutual benefit and trust.” 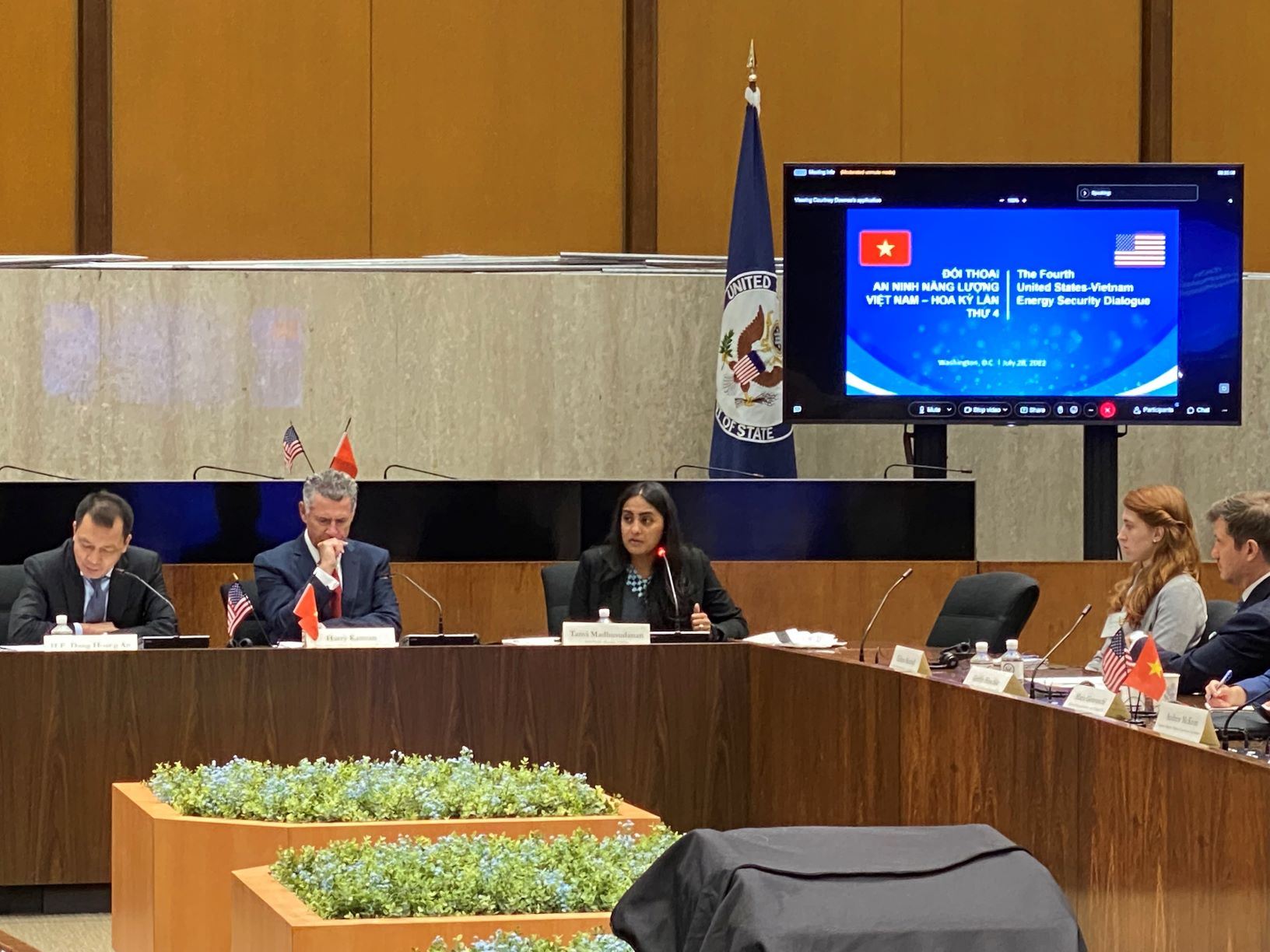 Arlington, VA – Today, the U.S. Trade and Development Agency announced it has awarded a grant to the National Power Transmission Corporation of Vietnam (NPT) for technical assistance to advance the deployment of smart grid technologies in Vietnam. NPT selected Connecticut-based Actionable Strategies LLC to perform the assistance.

“For more than 25 years USTDA has partnered with Vietnam on wholistic energy sector solutions to advance the country’s dynamic economic growth,” said Enoh T. Ebong, USTDA’s Director. “U.S. companies are leading innovators of information technology and power transmission solutions, and they are eager to partner with Vietnam on this important project.”

The project, which builds upon previous collaborative efforts between USTDA and NPT, will support Vietnam’s efforts to leverage advanced information technology and enterprise solutions to support the country’s rapidly growing energy needs. These improvements will also facilitate disaster and pandemic planning at an enterprise level to ensure that NPT can maintain high-quality utility provision to its clients during extreme events.

“Vietnam values its important partnership with USTDA. Our cooperation has strengthened the efficiency and reliability of our power sector, which is essential to Vietnam’s economic growth and the prosperity of our people. We thank USTDA for its support of our priorities and look forward to successful outcomes where we all can benefit,” said Vice Minister Dang Hoang An of Vietnam’s Ministry of Industry and Trade.

This project advances the goals of USTDA’s Global Partnership for Climate-Smart Infrastructure and aligns with the Administration’s priorities to advance sustainable energy growth in the region under the Clean EDGE Asia initiative. 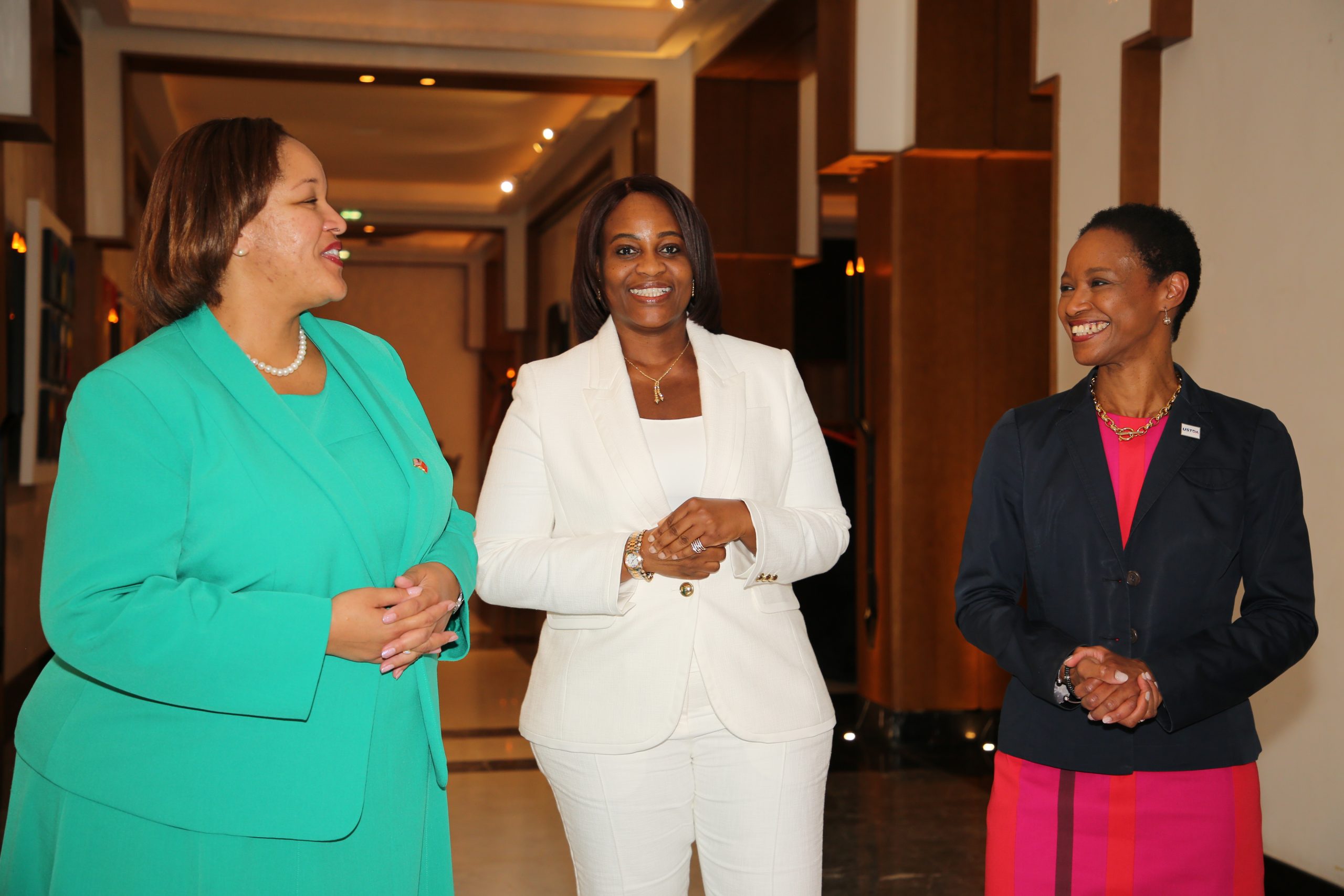 During the forum, USTDA and AIF showcased how their existing partnership advances women-led sustainable infrastructure in Africa. The closed-door gathering brought together women leaders from Africa’s private sector, the U.S. government, and international development finance agencies. It also supported the U.S. government’s Prosper Africa initiative to increase trade and investment between African nations and the United States.

“It is critically important to bring together women to talk about opportunities in infrastructure development and getting access to capital,” said Enoh T. Ebong, USTDA’s Director. “Our partnership with AIF will facilitate women’s entrepreneurship in Africa and spark the development of sustainable infrastructure in support of Africa’s long-term growth.”

“Today, we have been discussing the obstacles to investment, and how to surmount them. We also considered how to build partnerships across agencies, and how to share deal flows and collaborate on the missing pieces that will enhance infrastructure investment to the continent. This is a collaboration that we will continue as we head to the Africa Investment Forum 2022 Market Days in Abidjan in November, and to the U.S.-Africa Leaders Summit in December.”

Addressing the media after the women’s summit, Dana Banks, Special Assistant to the President and Senior Advisor for the U.S.- Africa Leaders Summit, said, “the discussion was a true demonstration of the Biden-Harris Administration’s commitment to Africa and commitment to focus on women’s empowerment in the run-up to the U.S.- Africa Leaders Summit in December.” Banks also announced that the focus on women, and on connecting project sponsors with capital, will be one of the pillars of the White House Summit.

In November 2021, USTDA and AIF signed a memorandum of understanding (MOU) to support high-quality infrastructure solutions for sub-Saharan Africa. It draws on AIF’s capacity to mobilize capital and USTDA’s focus on assuring the bankability of deals through its provision of feasibility studies on a grant-making basis. The MOU has already led to a mutually beneficial collaboration to advance sustainable infrastructure projects that support Africa’s long-term growth, as the two organizations share their deal pipelines.

This partnership with USTDA will help AIF advance several of its ongoing priorities, including its “Women as Investment Champions” initiative, which was launched in 2019 and led to the establishment in 2021 of a stand-alone pillar for transactions that are not only founded and led by women, but also have a significant gender impact.

The Women as Investment Champions initiative will be profiled at AIF’s 2022 Market Days, taking place from November 2-4 in Abidjan, Côte d’Ivoire. The platform is expected to increase the proportion of deals that are women-led, and women impactful, as well as build upon AIF’s March 2022 unveiling of 45 projects worth up to $50 billion for its virtual boardrooms. Eight of these were women-led with a value of nearly $5 billion.

Prosper Africa mobilizes services from across the U.S Government from 17 participating agencies to provide businesses and investors with market insights, deal support, financing and solutions to strengthen the business climate.

For more information, view the flyer below. To participate, register here.

USTDA will host a virtual business briefing on Zoom for U.S. companies interested in water and wastewater sector opportunities in Brazil. The virtual business briefing will provide an opportunity for U.S. companies to connect with key Brazilian decision-makers and learn about upcoming projects in the water and wastewater sector.

Register for the event here.

Full details can be found in the flyer below.

The U.S. Trade and Development Agency will host a Sub-Saharan Healthcare Innovation Business Briefing in Minneapolis, MN with delegates from Nigeria and Senegal who intend to procure U.S. medical devices, health information technologies, and equipment to expand their hospital infrastructure. Learn more about anticipated procurement opportunities and meet with key decision-makers.

USTDA is hosting public sector leaders from Malaysia’s healthcare sector for a visit to the United States on August 22-31, 2022. The visit will provide an opportunity for delegates to be exposed to U.S. technologies, software, solution, and services related to healthcare information technologies and the application of Health IT solutions in responding to a pandemic.

As part of the visit, USTDA will host a half-day business briefing on Wednesday, August 31, 2022, from 9 a.m. to 1 p.m. at the Mayflower Hotel in Washington, DC. During the Business Briefing, delegates will present information on Malaysia’s healthcare sector and related opportunities.

Malaysia Health IT FlyerDownload
Malaysia: Health IT Business Briefing
More Events
Regions
USTDA is organized into four regions around the world. Select a region below to learn more. 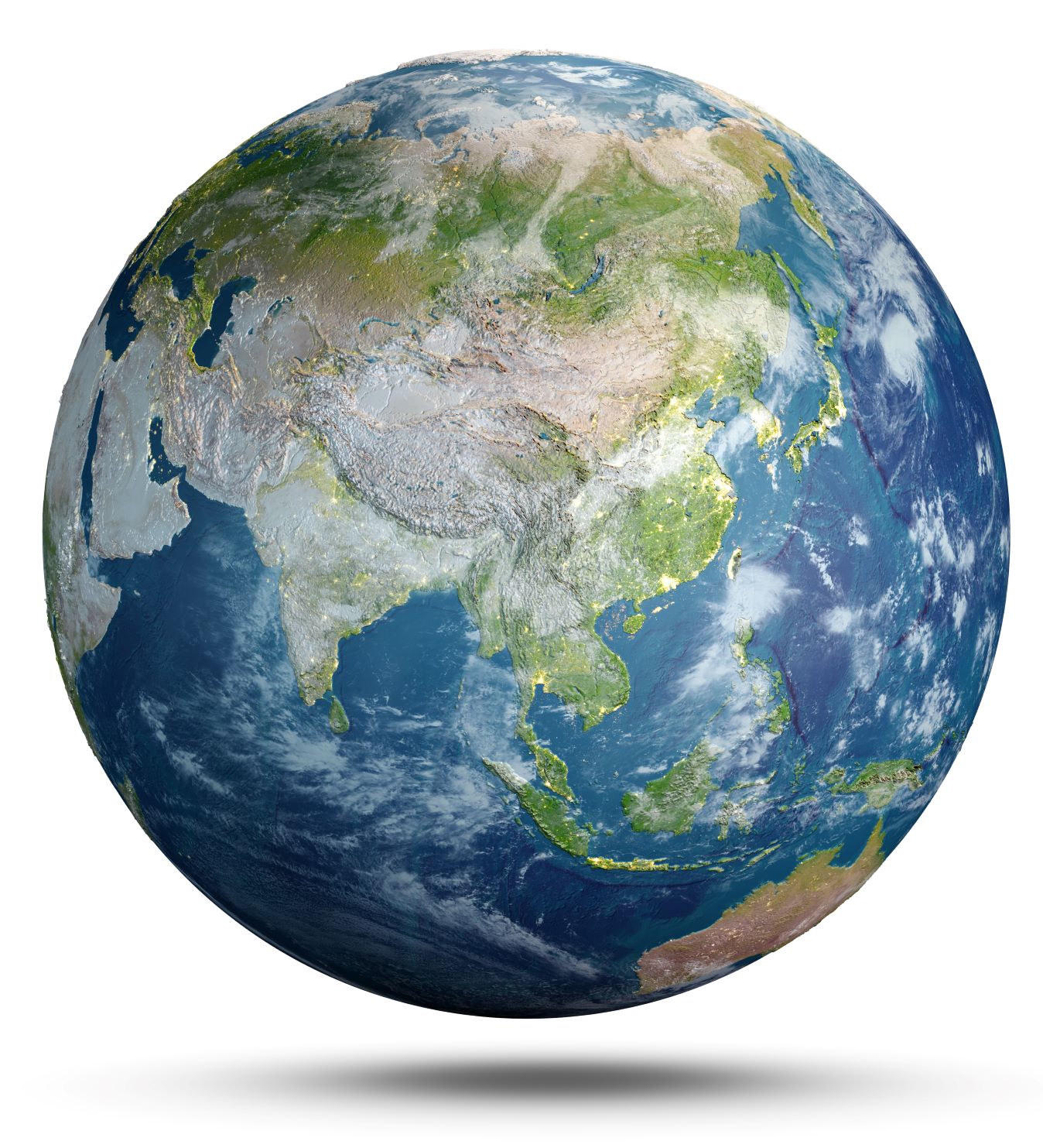 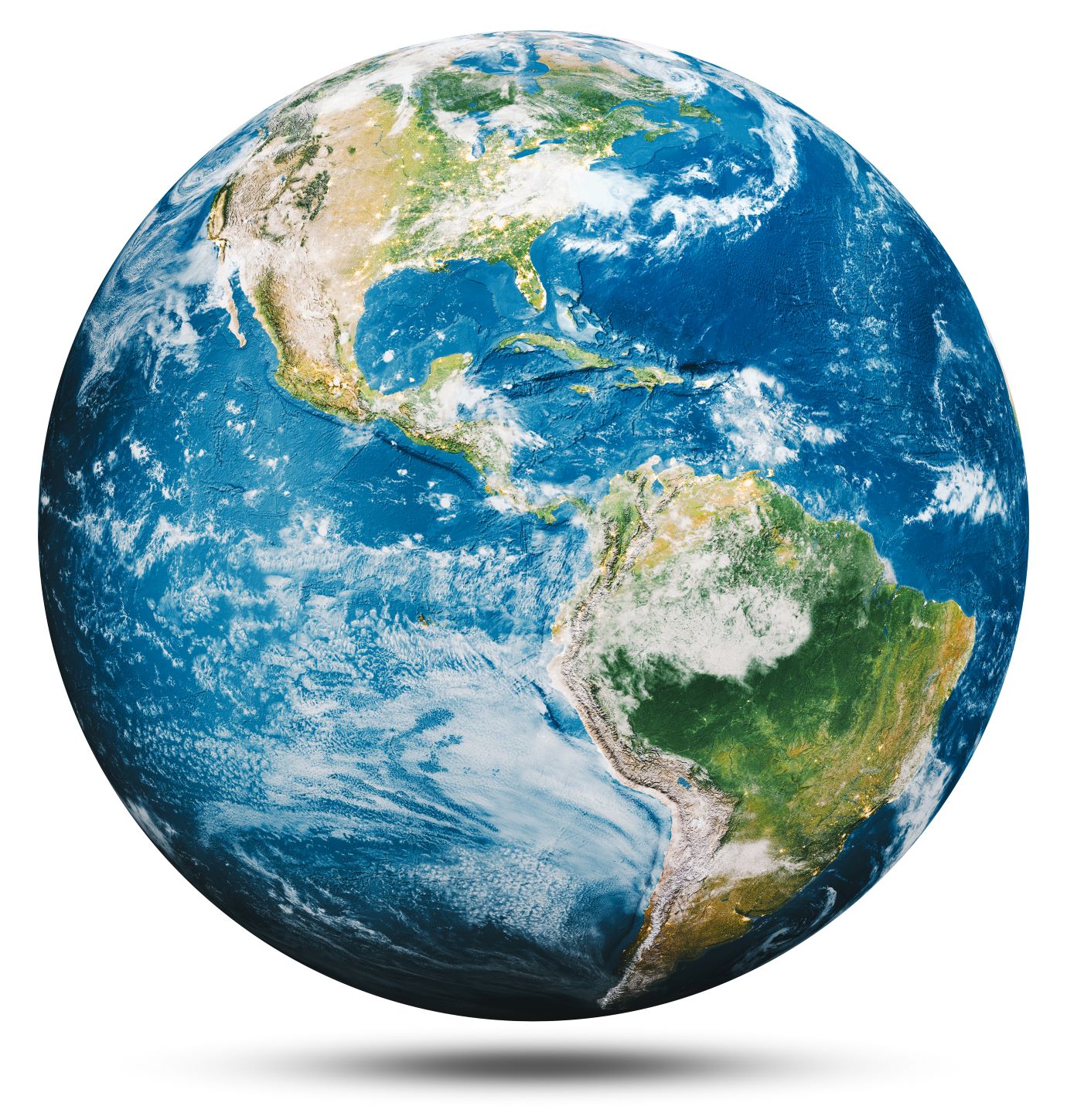 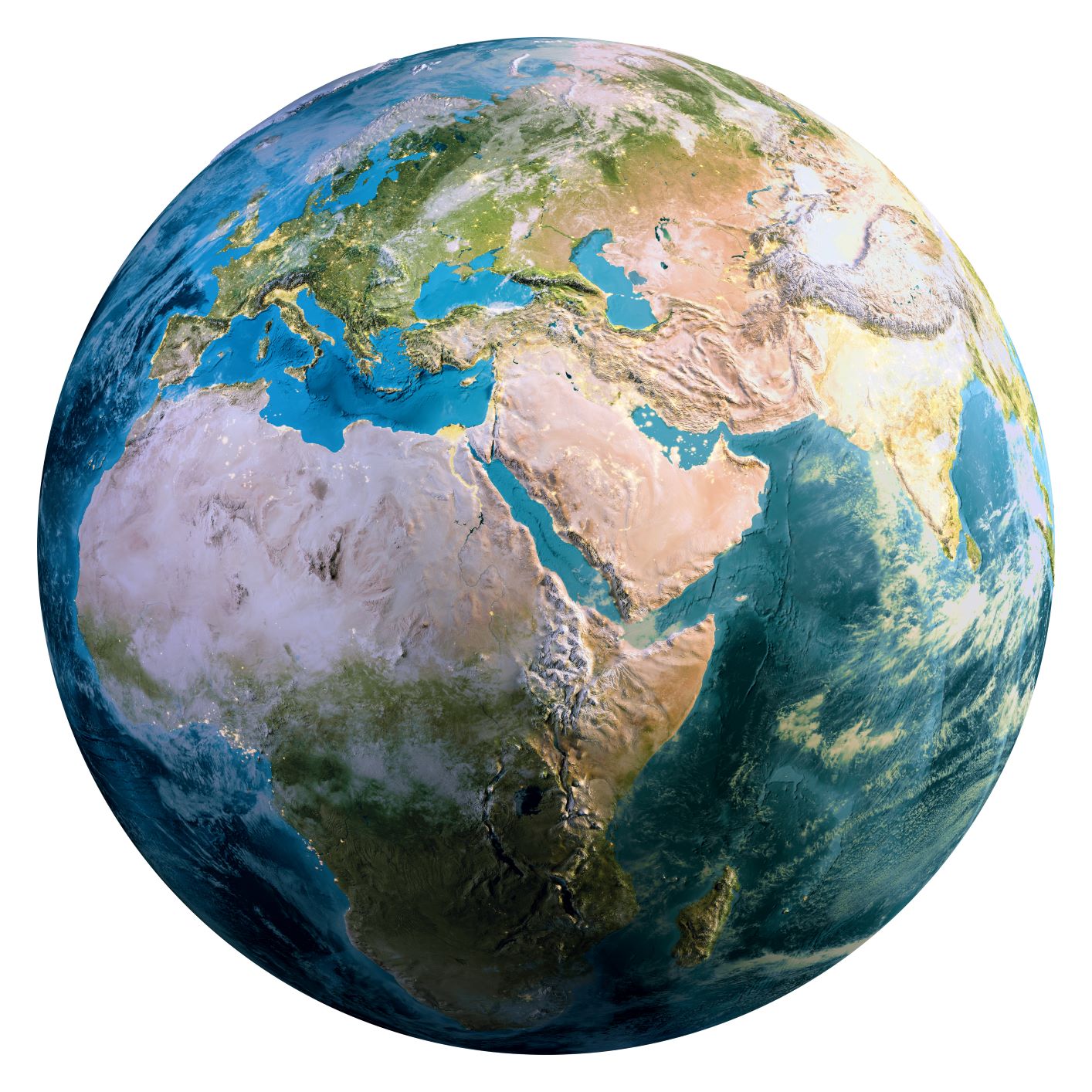 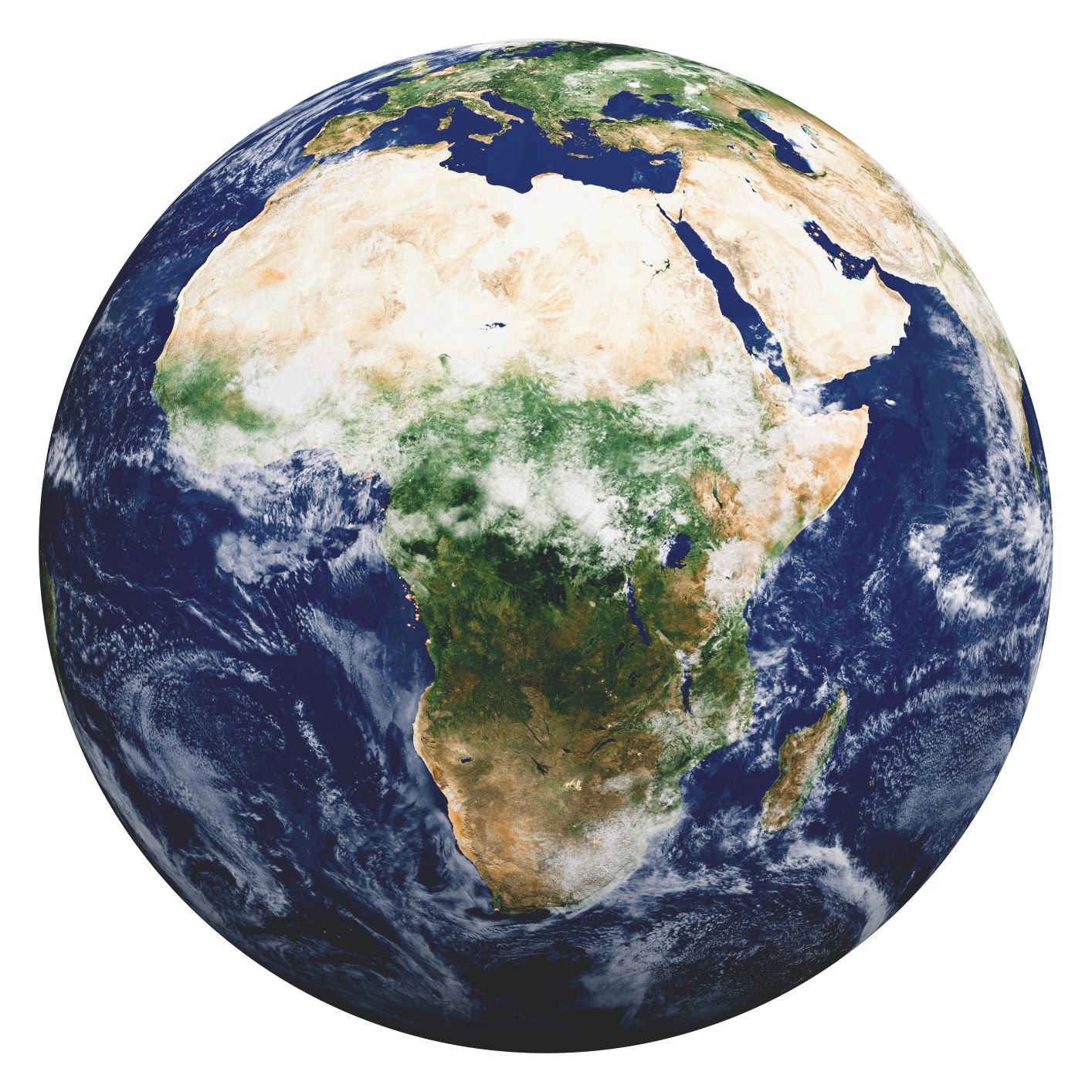 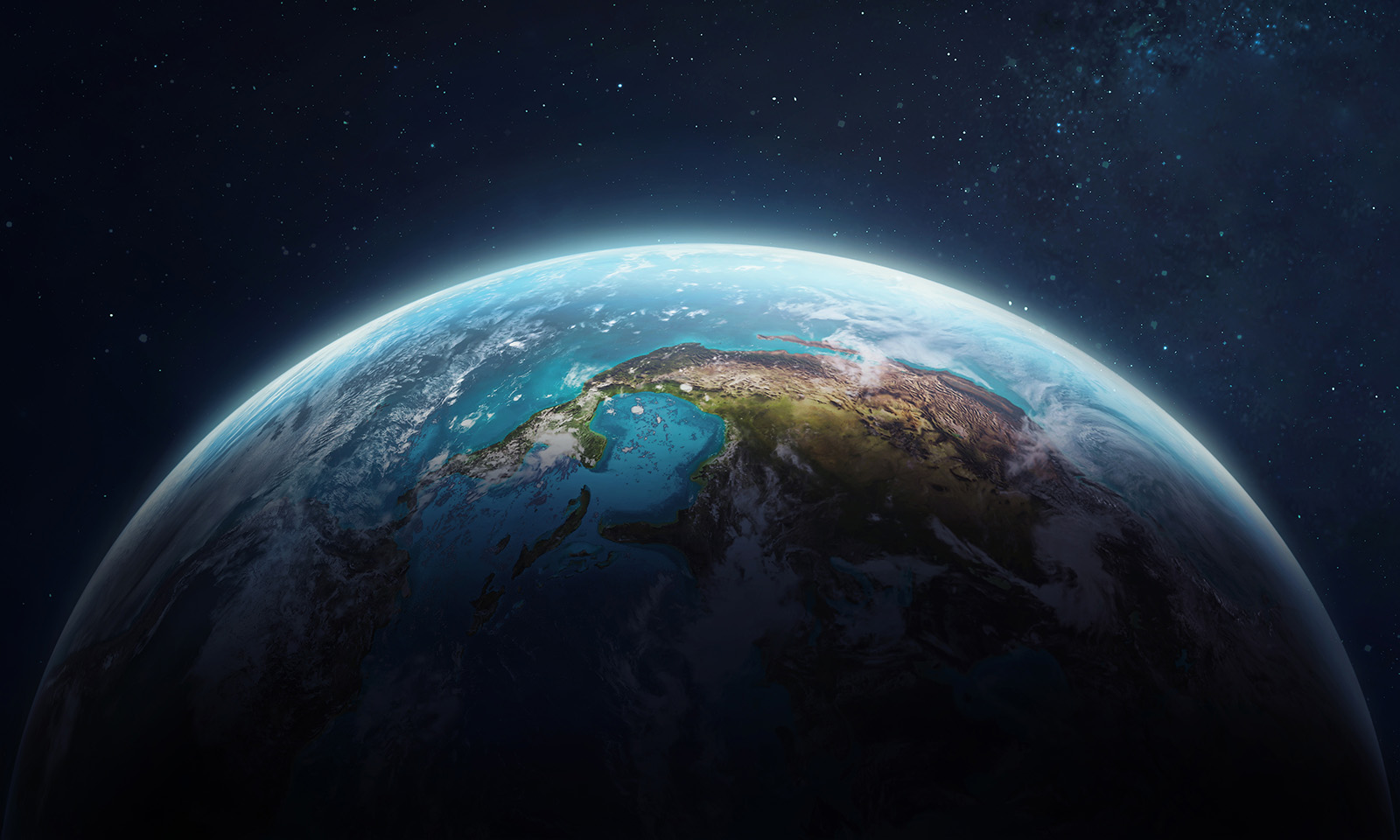 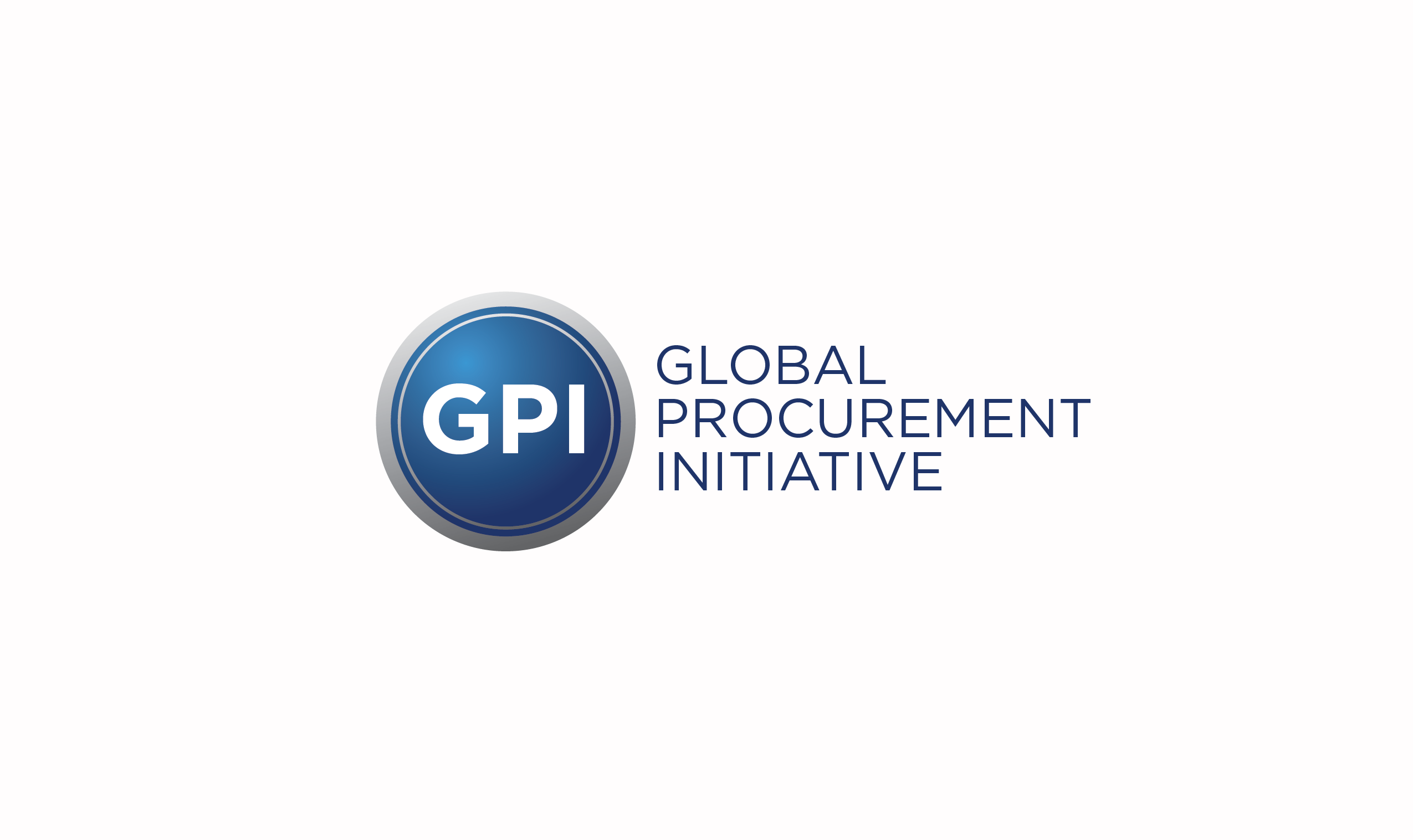 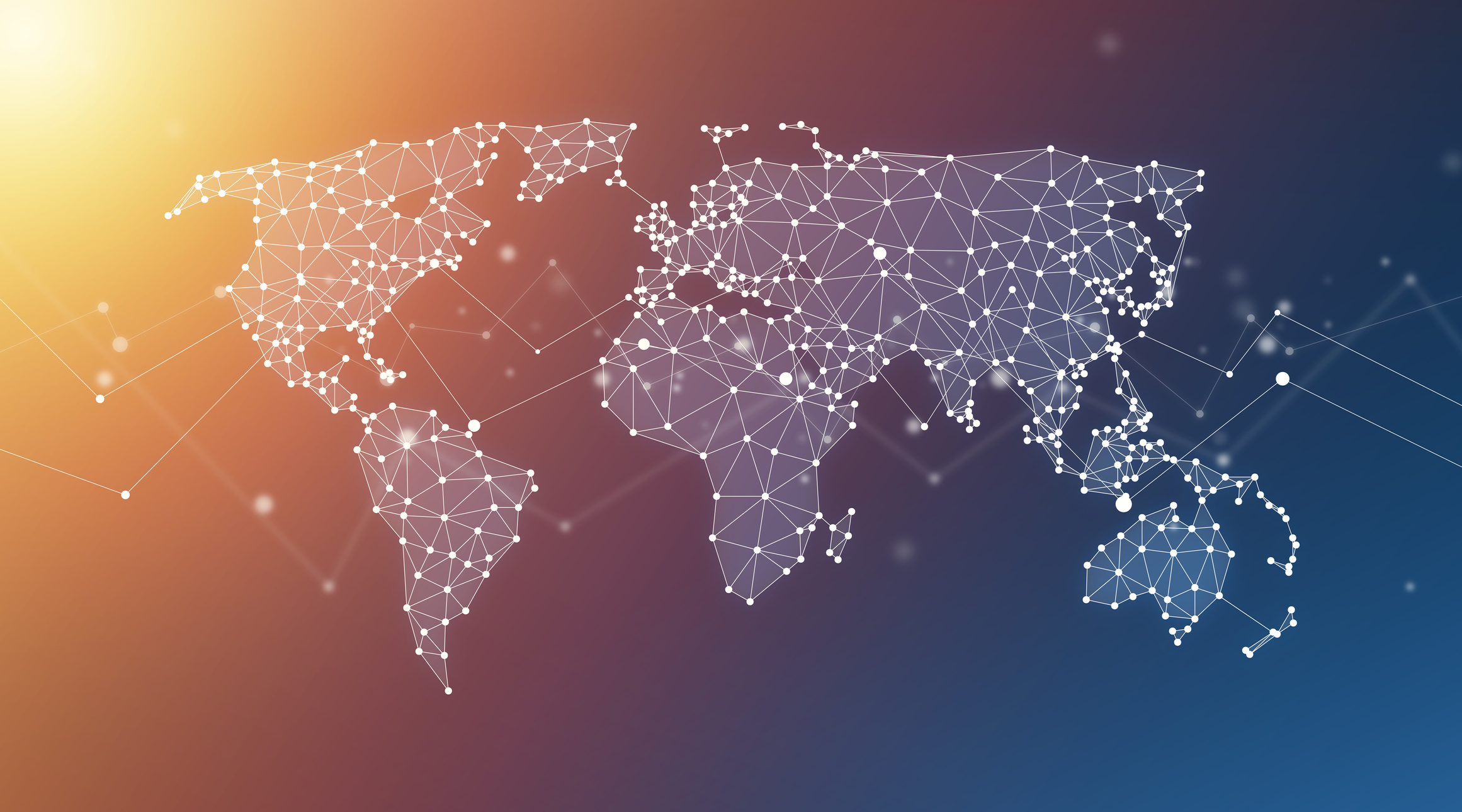