The Grantee invites submission of qualifications and proposal data (collectively referred to as the “Proposal”) from interested U.S. firms that are qualified on the basis of experience and capability to execute technical assistance to develop a digital technology roadmap and a platform for centralized energy data integration to enhance the overall efficiency of the data handling process for the Grantee in its service area in Delhi, India. The Proposal submission deadline is 5:00 PM IST (6:30 AM EST) on December 22, 2021. The U.S. firm selected will be paid in U.S. dollars from a $737,104 grant to the Grantee from the U.S. Trade and Development Agency.

The Grantee, BSES Yamuna Power Limited (“BYPL”), is one of the three major distribution companies that cover the National Capital Region (NCR) in Delhi, India. The utility was created from the privatization of Delhi’s electricity distribution system in 2002 and is partially state-owned through Delhi Power Company Limited. BYPL currently distributes power to over 1.7 million consumers in one of the most rapidly growing and densely populated sections of Delhi.

To keep up with continuously increasing power demand and the Government of India’s mandates regarding clean and efficient energy, BYPL has been adopting new technologies in the field of Distributed Energy Resources, such as smart meters and small-scale storage systems. However, the increasing complexity of BYPL’s operations have led to a heavily congested network and variable load conditions. BYPL’s customer base has also indicated changing priorities for reliability of and access to information. Therefore, with the introduction of these new systems and continuing growth, a higher magnitude of data has been flowing to BYPL’s servers, making optimal data integration an urgent requirement. At the same time, BYPL also seeks to optimize their power distribution network to eliminate bottlenecks and improve reliability.

The implementation of an energy data integration platform will allow all data points from BYPL’s various systems to be captured in a centralized data hub. This data hub would be used to identify optimal use cases, pinpoint losses, and enhance flexibility in order to increase BYPL’s operational efficiency. The goal of an enterprise-level solution would be to enable advanced data analytics by integrating all of BYPL’s current standalone data sources.

In order to implement the Project, BYPL requested USTDA funding to prepare a roadmap for the design and implementation of an enterprise-level data integration solution for the utility. The solution would be designed to integrate with BYPL’s current database system along with existing operational applications. The TA would help determine the most suitable implementation solutions with capable partners, as well as develop and validate cost estimates for implementation.

The Superintendent for Electricity (Superintendencia de Electricidad, “SIE”) in the Dominican Republic invites submission of qualifications and proposal data (collectively referred to as the “Proposal”) from interested U.S. firms that are qualified on the basis of experience and capability to execute technical assistance (the “Technical Assistance”) to support the development of regulations to enable the deployment of battery energy storage systems (“BESS”) in the Dominican Republic. The Proposal submission deadline is January 12, 2022. The U.S. firm selected will be paid in U.S. dollars from a $619,350 grant to the Grantee from the U.S. Trade and Development Agency.

The Grantee is the Superintendencia de Electricidad, the Dominican Republic’s regulatory body responsible for inspecting and supervising compliance with all legal and technical regulations related to the generation, transmission, distribution, and commercialization of electricity in the Dominican Republic.

SIE is seeking support for the development of new regulations that will enable battery energy storage systems within the national grid. The Dominican Republic is experiencing growing demand for electricity and the country has set an objective of doubling its power generation capacity by 2030. Meeting this power capacity goal will require increased generation from renewable energy sources. Energy storage systems will be critical to reach the country’s renewable and power generation targets while maintaining grid stability. The development of an enabling regulatory framework will support the deployment of BESS in the Dominican Republic.

The Technical Assistance will provide a regulatory roadmap with the necessary analysis and recommendations for technical and financial regulations to support the deployment of BESS throughout the power system. The Technical Assistance will assess the existing regulations and create recommendations for new BESS enabling regulations, considering grid connection, performance, and economic remuneration.

The Grantee invites submission of qualifications and proposal data (collectively referred to as the “Proposal”) from interested U.S. firms that are qualified on the basis of experience and capability to execute a feasibility study for an approximately 650-kilometer 225 kV transmission line and associated substation and distribution equipment from Côte d’Ivoire to Liberia. The Proposal submission deadline is January 26, 2022, at 6:00 AM Eastern time / 11:00 AM Benin time. The U.S. firm selected will be paid in U.S. dollars from a $1,475,965 grant to the West African Power Pool from the U.S. Trade and Development Agency.

West African Power Pool is a regional institution comprising 38 power generation, transmission, distribution, and marketing companies, responsible for coordinating the interconnection of the power grids and development of infrastructure for power generation and transmission in the Economic Community of West African States (ECOWAS) region.

The Côte d’Ivoire -Liberia Interconnection project is part of the 2019 – 2033 ECOWAS Master Plan for the Development of Regional Power Generation and Transmission Infrastructure, involving approximately 650 km of 225 kV transmission line expected to run from Buchanan, Liberia to San Pedro, Côte d’Ivoire. Linking the power systems of Côte d’Ivoire and Liberia through this line will create more direct access to the clean energy generation resources in both countries and will increase the reliability and stability of power exchanges between Côte d’Ivoire, Liberia and beyond. Additionally, the proposed electrification of communities along the Project route is expected to reduce poverty, stimulate rural economic development, empower youth, and enhance gender parity.

NEPAD-IPPF (New Partnership for Africa’s Development-Infrastructure Project Preparation Fund, a facility within the African Development Bank) will fund the line route survey, including identifying a suitable right-of-way for the entire length of the transmission line with detailed land surveys, maps, and drawings. NEPAD-IPPF would also fund the ESIA, for the Project. The NEPAD-IPPF ESIA would include remediation plans, such as a Resettlement Action Plan and/or an Indigenous Peoples/ Natural Resource Dependent Community Plans. The proposed USTDA-funded Study would commence once the NEPAD-IPPF’s Contractor produce and share the draft Report on Provisional Line Route. None of the USTDA tasks are duplicative of the work NEPAD-IPPF would fund and the NEPAD-IPPF-funded work would be conducted separately from the USTDA-funded Study but would require close coordination. The proposed USTDA portion of the feasibility work would, among other things, include the preliminary engineering work, the financial and economic analysis, recommendations on the institutional and commercial framework for the Project, a Project risk analysis, and the preparation of bidding documents.

Arlington, VA – The U.S. Trade and Development Agency has awarded a technical assistance grant to the Dominican Republic’s Superintendent of Electricity (SIE) that will…

Arlington, VA – Today, the U.S. Trade and Development Agency announced a series of new commitments and initiatives at the Indo-Pacific Business Forum (IPBF) that…

Background: The Millennium Challenge Corporation (MCC) is seeking consultants for two energy procurement opportunities in Senegal. One project’s goal is to strengthen and increase the… 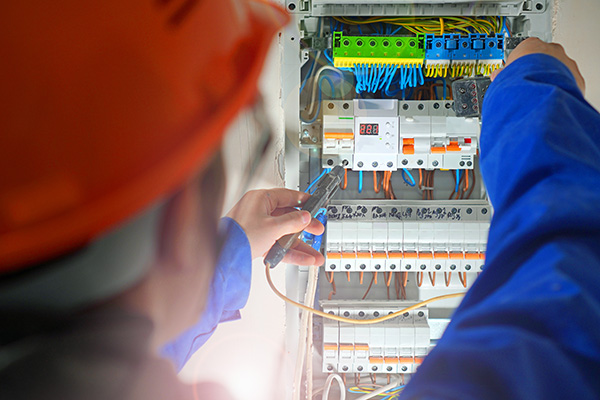 NRECA International – an affiliate of the National Rural Electric Cooperative Association –helped establish a small electrification program in the Philippines 50 years ago. Today,… 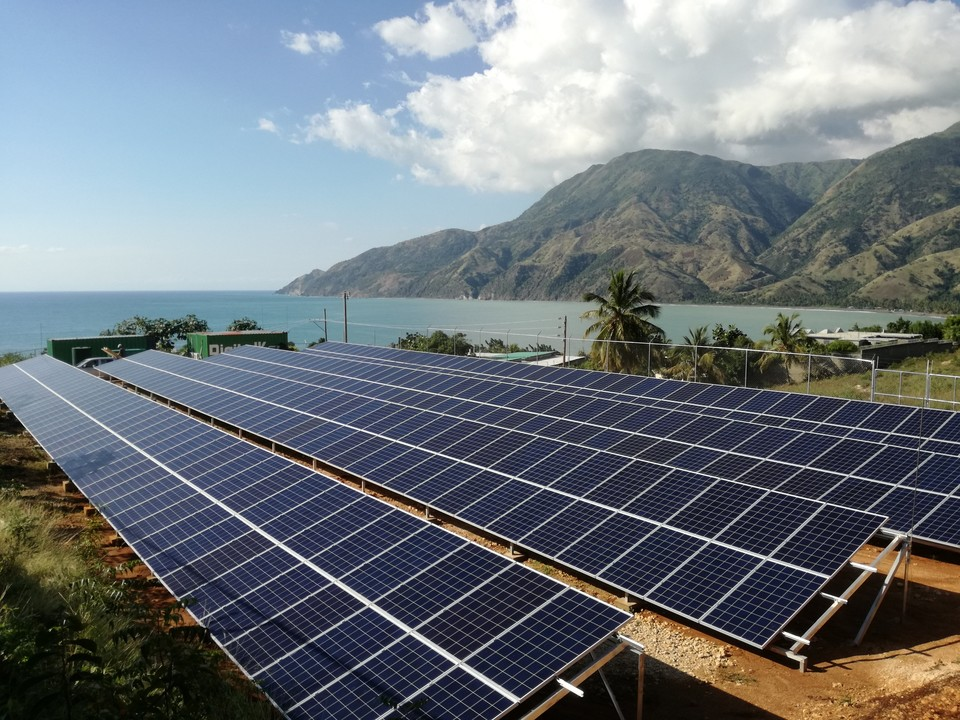 Nearly three-quarters of Haiti’s 10 million citizens lack access to reliable electricity. A primary cause is the nation’s limited and unreliable power grid, which forces… 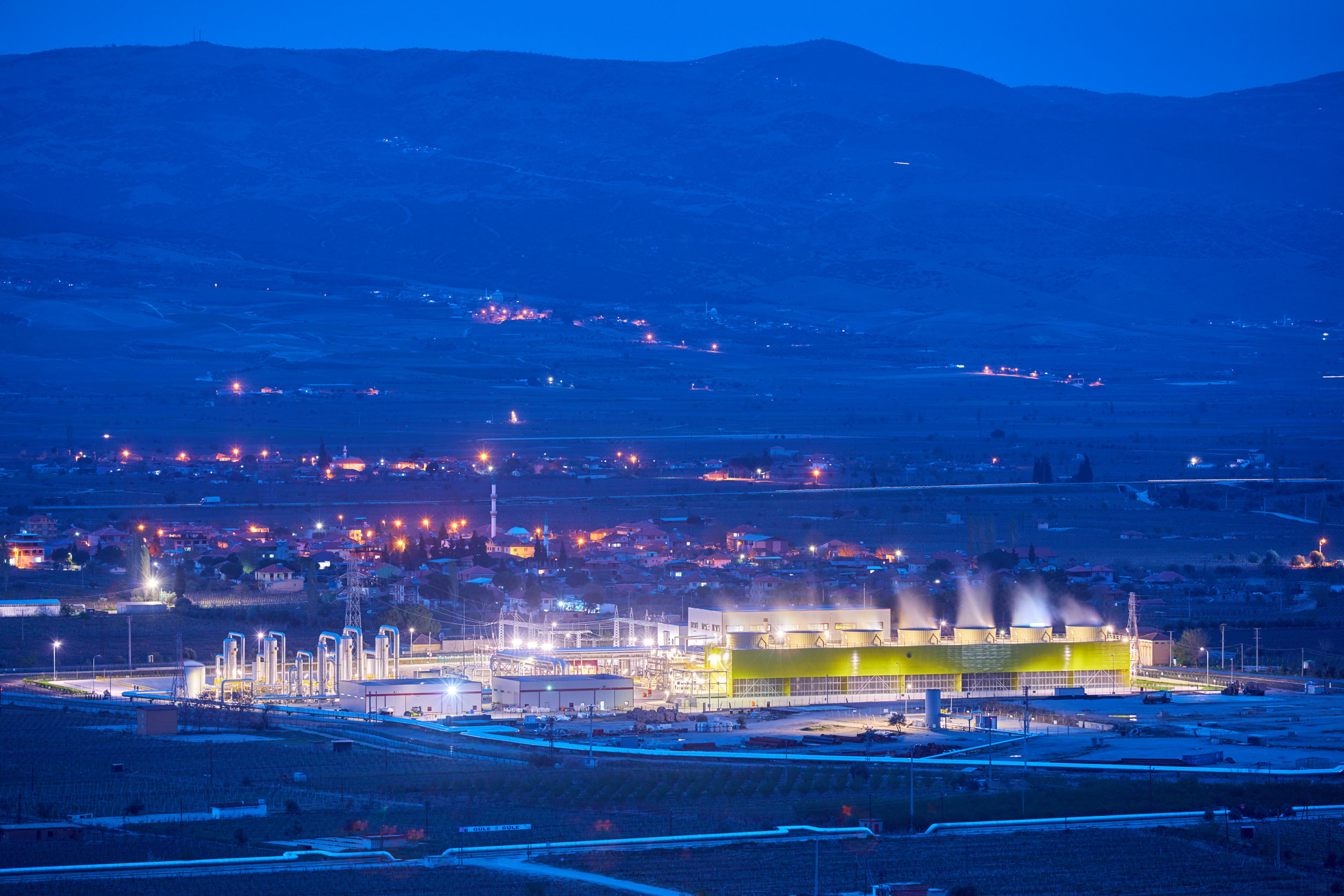 Following a decade of bringing new power plants online to meet its growing demands for electricity, the nation of Turkey now has the fourth-largest geothermal…