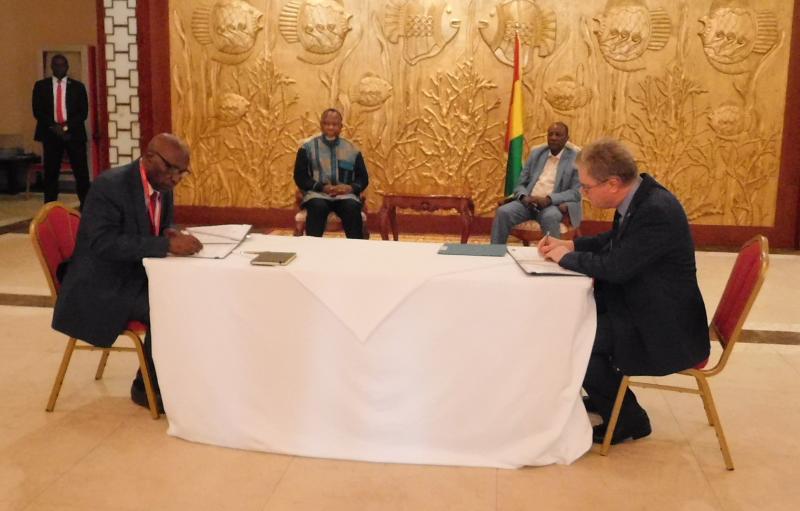 CONAKRY, Guinea – The U.S. Trade and Development Agency (USTDA) today announced a grant to West Africa LNG Group Guinea SA (WA-LNG) for a feasibility study to assess the economic, financial and technical viability of a liquefied natural gas (LNG) receiving terminal and distribution network near the Port of Kamsar in the Boké region of Guinea. The study will be conducted by Plum Energy LLC of Tukwila, WA, and support the diversification of Guinea’s energy sector, which currently depends on hydropower, diesel and heavy fuel oil.

“USTDA believes in this project, and we support its goal of bringing an important new energy source to the Guinean market,” said Thomas R. Hardy, USTDA’s Acting Director. “We know that natural gas can decrease the cost of energy for a wide array of commercial and industrial consumers, and we look forward to seeing those benefits right here.”

The introduction of LNG into the market allows for the use of a more sustainable, reliable, year-round energy source. WA-LNG will distribute natural gas or LNG to end-users, initially including bauxite producers and an agro-industrial park supported by the African Development Bank.

“We are thrilled to have reached this important milestone in making affordable and environmentally friendly LNG available for the development of the Guinean industrial and agro-industrial sectors, as well as improving the lives of the Guinean people, said Ambassador (Ret.) Patricia Moller, the Chairwoman of WA-LNG. “We are committed to making this transformational project a reality as quickly as possible. We greatly appreciate the tireless efforts of USTDA and are enormously indebted to the Government of Guinea for its unwavering support.”

“The availability of affordable clean power will enable Guinea to industrialize, add value to its mineral and agricultural raw materials and create jobs for its young population,” added WA-LNG Vice-Chair Dr. Mima Nedelcovych.

This project advances the goals of the Electrify Africa Act, the U.S. government’s Power Africa, Prosper Africa and Doing Business in Africa initiatives.