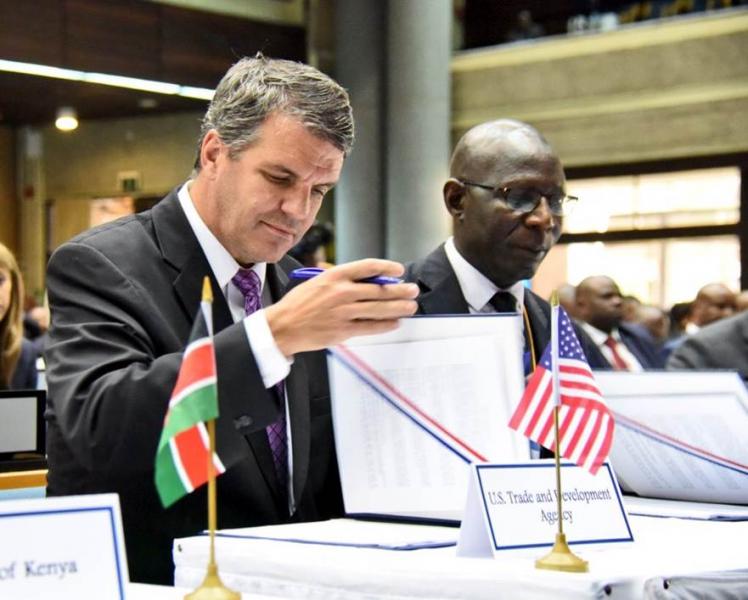 Nairobi, Kenya—Today, the U.S. Trade and Development Agency awarded a grant to the Kenya Tea Development Agency Power (KTDA Power) Company Limited, the power generation company of one of the largest private tea management agencies in Kenya.  As one of the world’s largest exporters of black tea, Kenya experiences high energy costs, with unreliable power at many tea factories across the country. USTDA’s grant supports a feasibility study on the power requirements of KTDA tea factories and the viability of solar power and storage systems at proposed factories.

“We are pleased to continue our partnership with KTDA Power on a project that will support the goals of Electrify Africa,” said USTDA’s Director, Congressional and Public Affairs, Thomas R. Hardy. “At the same time, this project will create new opportunities for U.S. businesses looking to work in Kenya.”

“We are excited to work with K&M Advisors to bring solar renewable generation to our tea factories,” said Lerionka S. Tiampati, the CEO of KTDA Holdings Limited. “We look forward to building on our previous success with USTDA, which resulted in the development of three operational hydropower projects and an additional seven projects that are at an advanced stage of implementation.”

Alfonso Guzman, President of K&M Advisors said, “K&M is honored to have been selected as advisor to KTDA Power on this project and looks forward to helping Kenyan tea farmers expand their use of renewable energy.  K&M is also pleased to continue its successful collaboration with USTDA to promote U.S. exports to Kenya.”