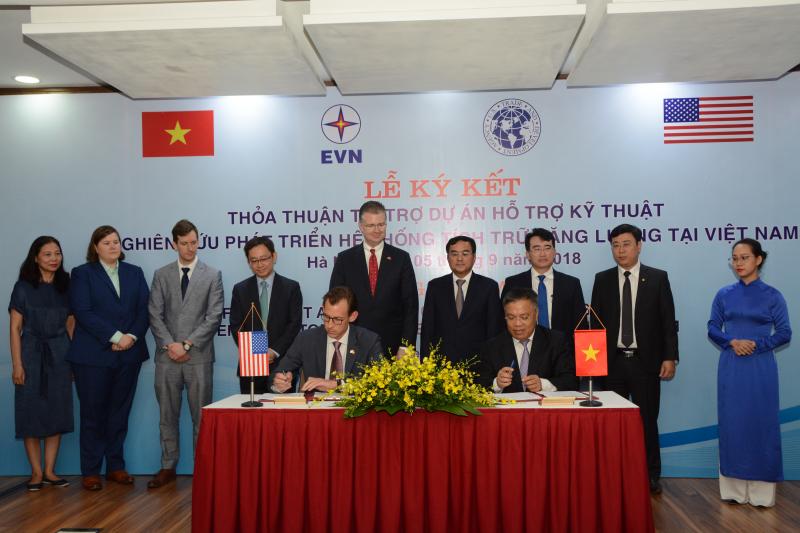 “USTDA appreciates the opportunity to build on our successful partnership with EVN by connecting them with cutting-edge technologies that can advance their goals,” said David Ross, USTDA Country Manager for Southeast Asia. “At the same time, this project will create opportunities for U.S. companies.”

“Both USTDA and my team at the U.S. Embassy are committed to partnering with Vietnam to meet the country’s growing energy demands. This involves deploying modern transmission technologies, diversifying energy resources, and improving power infrastructure,” said U.S. Ambassador to Vietnam, Daniel J. Kritenbrink.

EVN Chairman Thanh continued by saying, “The U.S. is a leading nation in advanced technology development and implementation. U.S. expertise will greatly help Vietnam in developing new energy storage projects and further collaboration in the energy sector between the two countries.”

The opportunity to conduct this USTDA-sponsored feasibility study will be competed through Federal Business Opportunities (FBO). A link to the FBO announcement will be posted to USTDA’s website at www.ustda.gov in the coming weeks. Interested U.S. firms should submit proposals according to the instructions in the FBO announcement.