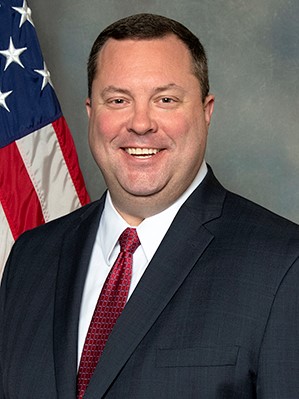 Todd Abrajano serves as the Chief Operating Officer, Head of Agency, for the U.S. Trade and Development Agency, leading the Agency’s export promotion efforts supporting U.S. jobs and businesses in priority development projects within emerging markets in the energy, transportation, ICT, healthcare and agribusiness sectors. He previously served as Deputy Director (Acting), as well as Senior Advisor to the Director of the Agency.

Before joining USTDA, Mr. Abrajano served as the Director of the Office of White House Liaison at the U.S. Department of Commerce, where he supported Secretary Wilbur Ross and other senior-level Commerce officials on policy and operational matters.

Prior to joining the Trump Administration, Mr. Abrajano served as President of Turning Point Public Affairs which he founded in 2010.  Through Turning Point, he focused on legislative and regulatory grassroots advocacy and his clients’ strategic, communications and government relations needs. During the 2016 U.S. Presidential campaign, Turning Point was retained by the Donald J. Trump for President campaign for which Mr. Abrajano served as the Missouri Communications Director.

Mr. Abrajano received a Bachelor of Arts degree in political science with a concentration in international relations from Yale.